Why States should invest in vaccine capacity

The social value of time in this pandemic is enormous. State intervention in vaccine capacity needs to reflect this, now but also in the future

In discovering and developing vaccines faster than was previously imaginable, private enterprise has worked wonders. But in actually manufacturing those vaccines it has become clear that the free market puts a different value on time than society does. This is not unreasonable, for building production capacity rapidly is expensive. Yet this makes the case for state intervention to accelerate the process so as to meet social needs. Some governments realised this in 2020, while others didn’t. Now, all need to learn this lesson, especially in those countries rich enough to do something about it.

The pandemic crises are overturning all sorts of stereotypes. The latest is occurring on this issue of vaccine production. Here, those soi-disant market fundamentalists in the United States and United Kingdom are leading the world’s big countries in vaccine supply and distribution thanks to effective and bold state intervention. Those socialists and dirigistes in the European Union have fallen well behind because they relied solely on market forces.

This is more than just political point-scoring. Lives and livelihoods are at stake, all over the world. Every extra day before high levels of vaccine-acquired or natural immunity are achieved produces more premature, avoidable deaths and causes more economic losses, which also harm life expectancy.

With vaccine supplies scarce and subject to production delays, many governments now express regret at not having invested more last year in supporting production and stronger supply chains but argue that it is too late to do anything about it. Yet that is not true. With a whole world to vaccinate before this infection and its mutations can be considered tamed, there remains a huge gap between vaccine capacity and needs that can and must be closed. Moreover, new strains and the danger of future pandemics mean that even beyond the immediately identifiable task there is a need for further capacity to produce boosters and adjusted vaccines in response to variants, and to establish a greater resilience in the future.

Why shouldn’t market forces be sufficient, in this case? Billions of dollars are being provided by governments for the purchase of vaccines, so on the face of it pharmaceutical companies have every incentive to build capacity themselves.

The number of companies developing candidate vaccines has been extraordinary: more than 200 worldwide. Of the four companies that have so far had their vaccines approved by at least one of the big advanced country regulatory bodies only AstraZeneca has pledged to produce its vaccines at cost price. Moderna, Pfizer/BioNTech and Johnson & Johnson are all expecting to earn a healthy profit margin on what they make and sell. Produce more, make more profits: it looks simple.

The key issue concerns timing. From the buyers’ point of view, the sooner the vaccines arrive, the better. From the companies’ standpoint, however, unless there are stiff, enforceable penalties written into contracts then a given order generates the same revenue whether it is fulfilled in January or in April. By increasing production capacity more slowly, the firms save costs. Penalties are hard to enforce and contracts anyway specified companies would commit their “best efforts” to meet deadlines in what was anyway a complex and uncertain process. In normal times, that gap between social preferences and commercial ones would not matter greatly. But the economic and social costs of the pandemic make these times far from normal.

That timing issue does much to explain the difference in vaccination progress between the United States and United Kingdom on one hand, and the EU, Canada and Japan on the other despite the fact that their vaccines are being supplied by the same set of firms. The US and UK supplemented advance purchase commitments in their contracts with provisions for the installation of new capacity dedicated to supplying them, in return for state investments or subsidies of that capacity. The EU, Canada, Japan and many others did not, relying only on “best efforts” clauses in their supply contracts.

On this question of capacity, timing and the role of the state, an excellent article in Science on February 25thby 16 economists, scientists, public officials and other researchers deserves a far wider audience. One of those economists, the Nobel prize-winner Michael Kremer of Harvard, has led a team advising governments on how to design vaccine supply contracts so as to get the incentives right. Only some of them seem to have followed this advice. (Thanks should be given also to the Marginal Revolution blog co-run by one of those economists and Kremer-team members, Alex Tabarrok of George Mason University, for bringing it to this author’s attention.)

What the Science article shows is that in circumstances as dramatic and truly global as this pandemic, the difference in timing priorities matters hugely – far more than it usually would. The social value of time in this pandemic is enormous.

The monthly worldwide GDP loss due to the pandemic has been estimated by the IMF at $500 billion. In addition to that, there are large unquantified losses to education and health, the value of which will vary country by country. As a conservative estimate, the Science article’s authors see the comprehensive harm as double the IMF’s GDP loss, so $1 trillion monthly.

The authors estimate that current installed capacity worldwide amounts to 3 billion courses of vaccines, roughly half of which has come online in January and the other half in April (although those dates, when written, were no better than generous estimates). They say:

We estimate that having 3 billion courses of annual capacity provides a global benefit of $8.7 trillion in GDP alone and $17.4 trillion in comprehensive benefits, an average of over $5,800 per course. More capacity provides more value and reduces the time to completing widespread vaccination, but at a decreasing rate, the next billion courses of capacity contributing about half as much as the billion before.

Investing now in expanding capacity for an additional annual 1 billion courses could accelerate completion of widespread immunization by over 4 months, providing additional global benefits of $576 to $989 per course. This dwarfs prices of $6 to $40 per course seen in deals with vaccine producers, indicating the wide gap between social and commercial incentives. We urge governments and international organizations to contract with vaccine producers to further expand capacity and encourage measures…to “stretch” existing capacity (such as lower-dose regimens) and efficiently allocate courses (such as a cross-country vaccine exchange).

The numbers are so large that the argument is plain.

The question of capacity and timing is not just a matter of crying over spilt milk (although, in the case of the EU, Canada and, albeit in different circumstances, Japan, there is plenty of spilt milk to cry over). New contracts need to be entered into. New production capacity needs to be built, both in 2021 and 2022. The social value, and hence the case for using taxpayers’ money, for doing so remains huge relative to the costs.

From the point of view of the rich countries who would bear the brunt of such investments or subsidies, the benefit stands to be threefold: their own citizens get vaccinated quicker both now and in future against new variants; the world economy revives sooner as more countries become vaccinated, bringing huge benefits to the biggest trading economies, which mainly means the rich countries; and politically, the rich countries can become seen as suppliers of vaccines to the world, rather than selfish hoarders, as now.

Few calculations can ever have been plainer. 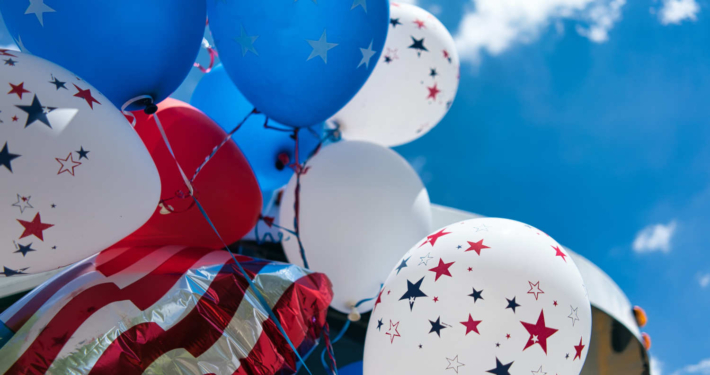 The Pandemic, week to March 9th
Scroll to top