The elusive notion of herd immunity

Ever since the COVID-19 pandemic began, the holy grail has been the achievement of “herd immunity”, a notional state of grace in which so many people have antibodies to the virus that transmission drops dramatically and the pandemic ultimately fades away. A few thought this might be achieved through allowing widespread infection – or accused others of thinking this – while most hoped it would come through vaccination.

Yet now this prospect looks not only remote but perhaps even unachievable. “Mythical” is how the chair of the UK’s Joint Committee on Vaccination and Immunisation, Andrew Pollard, in August described the prospect of reaching herd immunity. Pollard is not the first to raise doubts. Scepticism has crept in for several reasons throughout 2021, as more transmissible variants tore through countries worldwide and as the limits to vaccines’ protective powers have emerged. A pandemic that was once thought to be temporary, is beginning to feel as if it could last for many years to come.

This ANALYSIS looks at what scientists mean by herd immunity and how they calculate it, and at how those calculations have evolved in recent months, as our understanding and the virus itself have evolved.

The question of how to get to that point – the point when “the herd” has become strong enough to beat the virus, definitively – is far from simple, however. There are three reasons for that: the relevant population, or “herd” is hard to define in a global pandemic; the virus keeps on mutating into different variants; and it so far does not appear that either vaccinations or infection produce genuinely “sterile” immunity, by which is meant immunity which prevents transmission altogether.

The original COVID strains at the start of the pandemic had an R0 of around three. The Delta variant is thought to have an R0 of six or higher. This much higher level of infectiousness or transmissibility means that the notional herd immunity threshold that needs to be reached is therefore now significantly higher also.

Those allergic to maths may want to look away now. But for others, the back-of-an-envelope calculations to find how many people need to have immunity before the reproduction rate drops to 1, and therefore begins to decline, are as follows:

if p is the proportion of the population that is immune

and 1 – p is the proportion of the population not immune

for example, if the basic reproduction number was 3 and 30% of the population was immune, the sum would be

and the virus would still be spreading, because the reproduction rate is above 1.

Therefore if the basic reproduction rate is 3, the proportion who need to be immune is 66%

If we take the estimated reproduction rate of the Delta variant, that proportion rises to 83% or higher. That is a stiffer test, but attainable, in principle. However the increased transmissibility of new variants is not the only factor pushing the prospect of true herd immunity further away.

The limits to immunity

The main reason for the pessimism of Pollard and others is the realisation that an immune response from COVID does not offer what is known as “sterile immunity”. This is when you can no longer contract the infection, and therefore cannot transmit it to others.

Vaccination against measles provides sterile immunity. The herd immunity threshold is high, at 95%, but once attained the virus can no longer spread. Several countries had managed to eliminate measles entirely, with its reappearancehappening only after false allegations around the MMR (mumps, measles and rubella) caused uptake to slump.

Real-world events now show that COVID vaccinations do not deliver sterile immunity. Israel, for example, has one of the highest vaccination rates in the world and yet saw one of the highest rates of infection in August, often among vaccinated people. Tests during an outbreak in Provincetown, Massachusetts, showed that 75% of those infectedwere fully vaccinated.

The good news is that in these cases hospitalisations and deaths are still overwhelmingly occurring among unvaccinated people. Getting vaccinated therefore remains hugely important for public health, and perhaps more so now we know it is unlikely that the unvaccinated can rely on herd immunity to protect them. The most optimistic position may now therefore be that while herd immunity as such may be an unattainable goal, every step towards it helps reduce mortality risks and rates.

Those steps towards herd immunity — even a “mythical” version of it — are further complicated by the many additional factors that influence the reproduction rate. Some of the main ones are outlined below.

Vaccine efficacy. No vaccine provides immunity for 100% of those who receive it (see table below). As an example, if one were shooting for a herd immunity threshold of 60% using only AstraZeneca jabs, then 80% of the population would need to be vaccinated. The efficacy of vaccines from China and Russia is unclear due to a lack of transparent data. Outbreaks in countries with high vaccination rates using Chinese jabs, such as the Seychelles, suggests the efficacy may be lower still. This is particularly concerning considering how China leads vaccine production worldwide.

New variants. Multiple characteristics of emerging new strains of the virus impact the attainability of herd immunity. This includes higher transmissibility pushing up the reproduction rate, and the ability to escape from the body’s immune response which lowers vaccine efficacy.

Social behaviours. These may be enforced by authorities, for example mask mandates or lockdowns, or the public may react voluntarily, choosing to avoid certain activities for fear of contracting a fatal virus. The fewer interactions between human hosts, the fewer opportunities for the virus to be transmitted.

Smoothness of the vaccine rollout. Even if the overall vaccination rate is high, when a specific group is left out then the virus can continue to spread — and potentially mutate — within that demographic.

Which brings us onto a final, and important, point about the concept of herd immunity. What counts as the “herd”? Politicians and media often default to national vaccination figures. This neglects both the local and global perspectives. Certain communities within a nation may have much lower vaccination rates for various reasons, for example age, ethnicity, religion, geography or politics. Herd immunity in these populations may remain low, at odds with the national picture. For example, a higher prevalence of vaccine hesitancy has led to higher COVID fatalities among Republican voters in the US since vaccine rollout began.

Even when border restrictions were tightest, COVID cases spread from nation to nation. Now, with restrictions easing and rich countries considering rolling out booster jabs to their double-vaccinated populations, others in the developing world have barely begun their first wave of vaccinations.

This pool of unvaccinated people is a breeding ground for new, potentially more infectious or dangerous variants which will then inevitably enter vaccinated wealthy nations. Despite having talked about the concept of herd immunity since the start of this pandemic, politicians do not yet seem to have grasped the key tenet in this borderless world: while we may never be totally safe, no one can even nearly be safe, until everyone is safe.

Photo by Samuel Regan-Asante on Unsplash 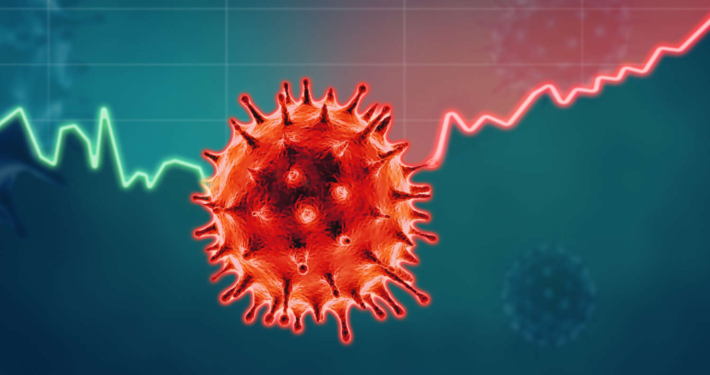 What South Africa tells us about Omicron ANALYSIS By…

The spectre of a poor-country debt crisis
Scroll to top