The Pandemic, week to June 11th

COVID-19 infection rates continued to decline worldwide, aided by a still improving situation in India and declining infection rates in Europe and the United States. The situation is worst in Latin America—especially in Argentina, Uruguay and Colombia—but the greatest new cause for concern is in southern Africa. A wave of infections is flooding South Africa, Botswana and Namibia, with cases also rising steeply in Zimbabwe, Zambia and the Democratic Republic of the Congo (DRC).

In China, 17 million -20 million people have been vaccinated every day for more than a week. In that time China administered more than half of all jabs put into arms worldwide. The vaccines being administered are primarily those developed by commercial enterprise Sinovac and state-owned company Sinopharm, respectively. The efficacy of the Sinopharm vaccine remains in question, however. In Mongolia, cases are surging despite the fact that more than half its population, most with the Sinopharm vaccine.

In Europe, the regional director of the World Health Organisation Hans Kluge warned that vaccination rates on the continent are not yet high enough to prevent a resurgence in coronavirus infections. The comments come at a moment when 36 out 53 countries in the region are beginning to ease their domestic COVID-19 restrictions. The director went on to warn that without vigilance the highly transmissible Delta variant (B.1.617) is “poised to take hold” of the continent. The variant is already the dominant strain in the United Kingdom.

In Germany, Health Minister Jens Spahn announced that starting this week vaccination centres, doctor’s practices and pharmacies will begin to grant digital vaccine passports to fully vaccinated Germans. The app-based system—called CovPass—will allow holders easy access to restaurants, museums and other venues that require proof of immunization. The prospects for Germans look bright, in contrast with those of Mr Spahn. According to a report by the Federal Court of Auditors submitted to the Bundestag’s budget committee, the Ministry of Health significantly mismanaged public funds during the pandemic, while the Health Minister himself stands accused of facilitating fraud.

On a visit to the United Kingdom at the start of an eight-day trip to Europe, President Joe Biden announced that the United States will donate 500 million doses of the Pfizer-BioNTech vaccine to 100 countries, with 200 million in 2021 and 300 million next year. The doses will be distributed by the COVAX facility. Following the announcement, at the Group of Seven summit in St Ives, Cornwall, other G7 leaders pledged to make up the total to one billion. Prime Minister Boris Johnson, the host, promised 100 million doses during the next 12 months, but is meanwhile under attack from within his own Conservative Party for cutting overseas aid from the UK’s legal commitment of 0.7% of GDP to 0.5%.

In the United States, the city of San Francisco may have become the first major American city to reach herd immunity levels, according to some experts. Amongst San Franciscan residents over the age of twelve, 79% have received at least one dose of a coronavirus vaccine, with 69% fully vaccinated. The city still records new COVID-19 cases (around 14 per day) but those cases appear not to be triggering broader outbreaks. That is just what is hoped for from herd immunity.

In a new report, the International Labour Organisation (ILO), a United Nations agency, argues that the labour market crisis caused by the COVID-19 pandemic is far from over. The report projects that it will take until at least 2023 for the world to return to pre-pandemic employment levels, with global unemployment still expected to stand at 205 million people in 2022, in contrast to the 187 million estimated in 2019. That is the equivalent of a worldwide unemployment rate of 5.7%, a rate last seen in 2013 in the aftermath of the 2008 Financial Crisis.

Prior to its full summit, the G7 countries’ finance ministers agreed to support a global minimum corporate tax of at least 15% to deter multinational companies’ jurisdiction-shopping and tax-avoidance by booking profits in countries with low tax rates. Meeting in London, the ministers endorsed US-led proposals to make the world’s most profitable companies—including American tech giants—pay taxes according to where their revenues are generated.

In the United States, the Bureau of Labor Statistics announced that its consumer price index had risen 5% in the year to May before seasonal adjustment, the highest rise since 2008. The core-price index—which leaves out volatile consumer goods prices like food and energy—jumped 3.8% in May from the year before, the largest increase in the measure since 1992. These price rises are being driven by surging consumer demand amid labour shortages and supply-chain bottlenecks. The same is true in China, where rising prices for imported commodities are driving up factory-gate prices.

This week, Treasury Secretary Janet Yellen told lawmakers that the Group of Twenty (G20) Debt Service Suspension Initiative (DSSI) for poor and developing countries needs additional funding from Congress, without which it will begin to falter. The same is true of the debt restructuring Common Framework, an extension of that initiative. “Without new funding, the United States could be forced to delay the multilateral debt process under the Common Framework and charge much higher interest rates on DSSI debt service suspensions,” said Secretary Yellen.

At its meeting this week, the monetary council of the European Central Bank (ECB) chose to stay silent about when it might begin to wind down its pandemic stimulus efforts, despite growing pressure to do so over inflationary fears. The ECB reaffirmed its commitment to purchase 1.85 trillion euros ($2.2 trillion) of bonds until March 2022 as part of its Pandemic Emergency Purchase Program (PEPP), but made clear that it will continue buying bonds until it judges that the crisis is over. The ECB says it expects inflation to remain below target levels for the foreseeable future.

The World Trade Organisation (WTO) met this week to discuss a proposal to waive vaccine intellectual property rights to boost global production. The proposal—originally tabled by India and South Africa—is now backed by 63 countries, including the United States. Nevertheless, resistance to the measure remains stiff. This week, World Bank President David Malpass voiced the institution’s opposition out of concerns that it would hamper innovation in the pharmaceutical industry. The European Commission has also just submitted an alternative proposal, focused on limiting countries’ export restrictions and making use of flexibility in existing WTO rules.

In India, Prime Minister Narendra Modi announced in a nationwide address that the federal government will be taking greater control of vaccine procurement in the country. The announcement comes amid fierce criticism of the government’s handling of the pandemic. The existing system—in which states have been left to source vaccine supplies themselves—has been mired in confusion, leading to widespread vaccine shortages. “The government of India will procure 75% stock from vaccine manufacturers and provide it to states,” said Modi. “That means, no state governments will have to spend anything on vaccines.” India is nevertheless managing to administer nearly 3 million doses per day, and 14% of the population have now received at least one dose.

In the United States, states are beginning to open up again, but the surge in anti-Asian attacks during the pandemic is said to be leaving many Asian-American families wary of re-entering the public sphere. “It’s not safe to be outside,” said Mandy Lin, 43, in comments to the New York Times. “There has just been unending violence and harassment.” A recent survey suggests that roughly a third (31%) of Asian Americans worry often about being the victim of hate crimes or incidents, with 12% reporting already being victims of such incidents this year.

In Tanzania, the government announced that foreign embassies and international agencies in the country can begin to import COVID-19 vaccines to inoculate their citizens and staff against the coronavirus. This the first change in a more active approach to tackling the pandemic after the death of former-President John Magufuli. The former president denied the existence of the virus in the country, prevented efforts to contain it and was a vaccine sceptic. Tanzania is one of only a handful of African countries that have yet to receive any COVID-19 vaccines, according to the World Health Organization. 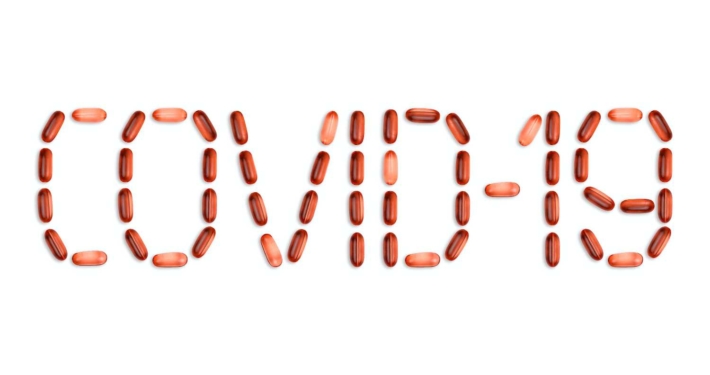 After the G7’s vaccine pledges, China will take the lead
Scroll to top